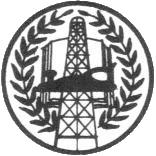 THE ORIGINAL 1968 NIGHT OF THE LIVING DEAD WAS FILMED HERE.

VISIT THE MUSEUM ON MAIN STREET

Did you know that Evans City Cemetery is where the original Night of the Living Dead Movie was filmed? George Romero, then a student at Carnegie Mellon chose the Evans City cemetary as the central location for his film project. The Film was released in 1968.

Driving to Evans City Cemetery is listed as one of the top 51 things to do in the PIttsburgh region.

In a letter to Gary Streiner, engineer on the original film, George Romero wrote of Evans City…
“In 1967, the citizens of Evans City, Pennsylvania, permitted us to use their community cemetery for a very unusual purpose … to make a movie. At the time, nobody in the Pittsburgh area was making movies, certainly not feature-length movies, but that’s what we had set out to do.We hoped to some day complete a film which might actually be worthy of distribution. We were young and reaching for the stars. We had no reason to believe that anyone would support us in our aspirations. But the people of Evans City did.They welcomed us, in some cases fed us, and occasionally even agreed to play small roles in the film. They gave us all their support and then some. In this way they became the first people to not only approve but endorse what we were attempting to do. It was as if, in accepting us, they were willing to accept the far-fetched idea that a film made by what could only be called ‘amateurs’ might just possibly have a chance at success. The people of Evans City in effect ‘teamed up’ with us, subscribed to our hopes and dreams as if they were their own. The film, ‘Night of the Living Dead,’ was, as its title suggests, a horror film, which further prejudiced its chance at any sort of lasting attention, but the people of Evans City knew nothing about box-office shares or audience-response polls.We believed, so they believed. And, in a hundred ways, they enabled us to complete the film. In the end, our little movie was distributed worldwide, was invited into the permanent collection at the Museum of Modern Art in New York City and was selected by the American Film Institute as one of the top 100 films of all time.” – George A. Romero

Gifts, collectibles and antiques
The Evans City Pharmacy and Gift Shoppe offers apothecary services and unique gifts. Bring the kids down for their beautiful holiday displays

Little Foot Quilt Shoppe notions and events for quilters and lovers of quilts!

Relaxation
Osiris Wellness and Day Spa offering a mini escape filled with face and body care. Located in an 8000 sq-ft facility on 6 acres of woods. 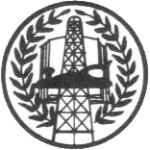